Wow time sure flies the older you get.  I swear, where did an entire year go!?

Now you already know there is a lot of ugly that happened to me in 2018. Seemed as if I could not catch a break sometimes however if you know me you know it cannot be all that bad!

I am a big believer that everything happens for a reason so although I had a few challenges last year I am happy they happened as I am now better equipped to deal with tough situations. At this point I am fairly confident in my abilities to teach a course on the landlord and tenant act.

But without further ado let’s get into it!

The beginning of last year started off badly. I had my first listing go really wrong.

Now just to get the semantics off the table, I am a full price full service realtor. I spend money when it comes to listings and put a lot and time and effort into all of my clients. If I take you on, it is because I am confident in my abilities to get the job done. If I am not, I don’t take on the client. I am not a rookie anymore so it is that simple.

I took on a large property in Ancaster. This family had lived there for over 20 years and built the house themselves. They had a ton of stuff, lots of memories and were getting older. It took us over 3 months just to get the house ready. I am not afraid to get my hands dirty and got right in there with them cleaning doors, mopping floors, whatever needed to be done to make it picture perfect.

One of the owners was very much wanting to be in the drivers seat. Not uncommon at all. However, it got a bit extreme. He would move my open signs, demand signage in areas you were not allowed to put them (you cannot just put up signs- public property does not allow it, I would get fined and have my sign taken or stolen which happened 3 times with these people) ask for constant open houses, would not listen to feedback at all, refused multiple showings and it went on.

There was nothing I could do to please him. Eventually, they just refused every showing. Then they asked to cancel. I do not want to hold clients to a contract if they do not trust me or want to work with me. It was clear in this case that this was the situation however I had invested a lot of my own money in the promotion of this property so I did let them cancel- with a fee. The fee was an invoice of expenses I had incurred leaving out obviously all my time. They were furious. Called my names, stuck a lawyer on me, was calling my boss. It was something that had never happened to me before and I doubt will ever happen again but I stuck to my guns. I knew I had went above and beyond for them. I perhaps did too much. I knew that if they would have allowed the showings I had set up that we would have been sold that same week. That was the painful part. After a lot of back and forth and empty threats from them and their lawyer they did end up paying the fee.

They also ended up selling that home- It took another agent months and for way less than I would of sold it for but that’s what happens. You win some, you lose some. I was proud of myself for standing firm on my fee. It would have been easier to just let it go and move on. I did learn a lot about boundaries here. I learned to stop trying to do everything. You have to put onus on the other party of the transaction and if you don’t people don’t generally appreciate everything you do if you just do it for them. I will always go above and beyond but I definitely learned to stick to my job and stop doing everyone elses.

From there I had 2 pre-construction projects get cancelled. I was the site agent on both projects so along with the fact that I sold all the units, I personally sold approx. 25 to my own clients. Ya- imagine those phone calls. NOT FUN.

When I give advice I do so as if it were my own money. So I felt very bad for having to tell them the news, I bought as well so I knew the pain.

The development landscape in Toronto is crazy. Only because I work for a developer do I get a better glimpse into how everything works but your mind would be blown if you knew half of what happens here in the city. I feel like that should be another post altogether. So even though I understood there was nothing we could do, it was awful.

This now leaves me a little jaded from pre-construction. Although I still believe in it, it hurt. Hurt my clients trust in me, their money and mine. However in the grand scheme it could be worse. You still get your money back however you lose the market gain you would have got if you invested in another property at the same time. I took the time to damage control as much as I could and hopefully it looks like I have saved all of those clients. Having to give that news is bad enough. Loosing clients on top of it makes it devastating. It also takes a toll on you mentally. You work so hard to get these deals to come together then years later it gets cancelled. Things that make you go hmmm.

I really learned how to handle myself in tough situations. I learned rather than reacting right away it was better to take a step back. Think. Rationalize. When I did I saw each side of the spectrum. Things happen. How you deal with them is what makes the difference.

I told you though. Things were not at all horrible. I was able to help a lot of people last year and I have a few highlights.

One of my longest clients are a couple. I met them when they were dating and first moved to Toronto. I got them both a rental. Then a rental together. Then their first purchase (then the ring). Fast forward to this year they got pregnant! Their condo was getting too small and it was time to upgrade. We looked at everything!! They really wanted a townhouse so we went to town! (ahaha I think I am funny) Long story short they were just shy of their ideal budget. They knew if they purchased now they would end up wanted to move again in 2 years. With Toronto’s double land transfer tax this seemed wasteful. They know they will also be in a better position financially in the next few years so we decided to cash out of condo #1 and get a rental. Now, I usually do not advise renting but this made sense for their situation. The cash they made from their condo could be put into investments, they could enjoy their baby and when they are ready, make a big purchase. I was able to get them the perfect rental. I have a lot of landlord clients and our building Harlowe had just completed. I was able to get them into a stunning suite that will give them room to grow. Win-win for both of my clients. In the meantime, I went to work on selling their condo. We ended up selling within weeks for full ask. I was so happy for them. They have been on this journey with me for a while and it was so great to see such a win for them. PS IT’S A BOY!!!!

I had another similar win like this with another couple. I found them a rental just under 2 years ago but now they had done the city life thing, they were ready to make the move and buy. They were open to checking out several areas but were really hoping to get a townhouse or semi. After seeing a few options all over we ended up finding them the perfect semi in Oakville. (Guys- don’t get excited I do not do burbs too much but when you’re special I can and will) It was crazy to do the comparison with a couple close to my age. City vs suburbs. Well Oakville won. The bang for buck was unbelievable. Although I am depressed that they left me, I know the place they got is stunning and they will love living there.

The biggest and coolest transaction I was a part of was a commercial building. Yasss!! That is right, your girls going commercial. I have always wanted to get into it however for those of you who may not know commercial is a whole other monster. The client in an entrepreneur who was looking for an event venue space for a really cool European inspired supper club and speak easy. (If you are reading this I know that is probably not the right description but whatever, spare me) We found it alright. In Chinatown. I know what you’re thinking. What could I of found there? No one wants to go clubbing in China town. Well maybe not right now. But let me tell you what this man is doing to this space will be nothing short of spectacular. We found an abandoned theatre right at the corner of Dundas and Spadina. The first time I walked into the space I was blown away. I could not understand how this stunning space could be right there sitting and doing nothing. It was a lot of work and all new(er) to me. I really took a backseat and did as I was told here. I learned how to write a kick ass commercial deal and I am certain I have free bottle service at this venue for life. The globe and mail recently wrote about it.

Check it out here:
https://www.theglobeandmail.com/canada/toronto/article-veteran-club-operator-looks-to-reopen-torontos-chinatown-based/?fbclid=IwAR0nITM7G857-Up_DSgLI5ToQi3zY8ItLW63s0ywtg22XRebjk5-la0D0Bs 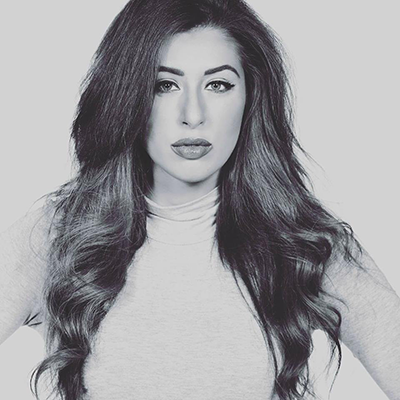